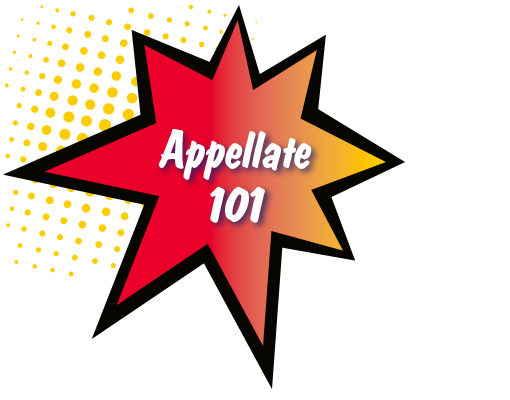 Why hire an expert?

How are appeals different?

Well, for starters, the rules are different. Appellate courts operate on different timelines from trial courts, and the standards they apply vary greatly depending on the sort of case. When an appellate court reviews a jury verdict, it has to show respect to what the jury found and credit whatever supports that verdict. In contrast, when it reviews a trial judge’s ruling, the court of appeals may be bound in large part by what the trial judge did or it may be able review the evidence from the ground up, examining all the same things the trial court did and deciding whether or not the trial judge got it right. Knowing when one standard or another applies is crucial because it can often mean the difference between winning and losing. And when multiple avenues of appeal present themselves in the same case, one avenue might have a better chance of success than another based purely on the way the appellate court has to view the case.

What makes a case an “appellate case”?

In theory, any case can be an appellate case. Not all appellate cases actually wind up in the court of appeals. That’s because a great deal of what is important on appeal first happens in the trial court. If it doesn’t appear in the trial court’s record–either the filed paperwork or what is recorded in open court by the court reporter–it didn’t happen as far as the court of appeals is concerned. This means it’s crucial for trial lawyers to think about appeal long before it ever happens.

One of the issues I frequently see is “error preservation.” What’s that? It’s the process by which lawyers in the trial court make sure that the court of appeals can even look at what might turn into an appellate issue. Too often, this slips past a trial lawyer in the heat of trial. Texas appellate courts increasingly often find that lawyers have waived trial court mistakes simply by not objecting or presenting the appropriate argument on a timely basis. Losing an argument because the court disagrees with you is one thing, but losing because you don’t even get to present your side of the argument is another. The latter is very hard to explain to a client, and that means preservation doesn’t just preserve your case; it can preserve your practice, too!

So when should you bring in appellate counsel?

Well, there’s no clear answer to this, but the most obvious answer is: EARLY. Bring in appellate counsel as soon as it’s practical to do so. Because appellate lawyers aren’t there just to safeguard your verdict or help you get a reversal on appeal, they are there to help you avoid an appeal, altogether. A good appellate lawyer provides a strategic overview–that “miles high” view–that can get lost in the heat of trial. A trial court judgment that is well supported by evidence on every count and where every argument is supported by facts and law is a judgment that is less likely to wind up in the appellate court in the first place. It makes for a faster disposition and greater certainty, and that means greater likelihood of resolution or settlement before the case ever sees the court of appeals. And if you do wind up in the court of appeals, your appellate counsel already knows the case and is ready to do the best job with it.

Does this mean I don’t trust my trial lawyer?

Absolutely not. Many trial lawyers are every bit as focused as appellate lawyers on a particular area of practice. The law is far too big a subject for every lawyer to know everything. The best trial lawyer in the world is unlikely to catch every nuance of every case. Having an appellate lawyer on your team simply means you are prepared for more possibilities and can be ready for whatever any court–trial or appellate–throws at you.

How do I choose an appellate lawyer?

The same way you choose any other lawyer: find someone you can work with but who challenges your view of the case, asks the questions you haven’t thought about, and brings something new to the table. That “new” thing is probably experience in front of the appellate courts you may see. In Texas, that can be any of our fourteen appellate courts, the Texas Supreme Court, or the Fifth Circuit Court of Appeals. Choose a lawyer who has experience in front of a variety of courts–preferably having presented oral argument to some of them–and who understands the process and the standards. Above all, choose the lawyer who makes you comfortable. A good appellate lawyer is an adviser, a strategist, and an advocate. This is a part of your team. A good appellate lawyer has your back, all the time, every time.